How does Acupuncture Work? 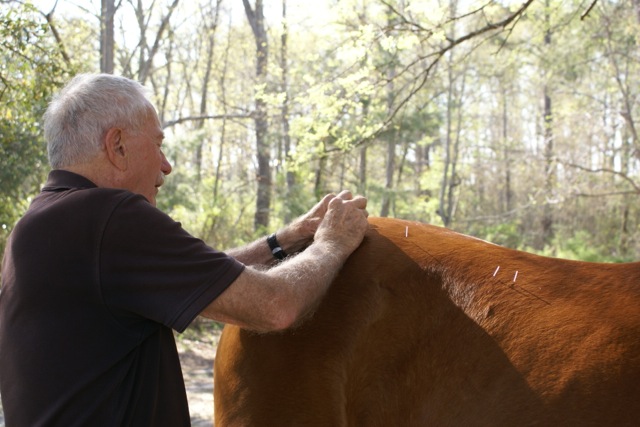 The title of this paper is a very legitimate question and one frequently asked when I am treating a horse with acupuncture. In some senses, it is a very difficult one to answer. There are lengthy books written to explain the mechanisms of acupuncture. Some explanations involve neurophysiology and physics. Some are more a study of the ancient constructs that developed during the centuries of development of acupuncture in Traditional Chinese Medicine. The latter are for many, legitimately, more difficult to wrap our “Western” trained minds around.

However, it is possible to give insight into this system by understanding some basic physiology that is applicable to all mammals including the human.

Acupuncture needles, in and of themselves, have absolutely no therapeutic effect. In fact they are just like a splinter in your finger (though not as painful as getting a splinter). Like the splinter, the acupuncture needle causes damage to the tissues where it is placed. However, when this tiny microtrauma occurs, the body responds to the “damage” with a tiny electrical current called the “current of injury.” Acupuncture points (and trigger points) are actual anatomical structures where the resistance to the flow of electricity is lower. Thus the current of injury is more magnified than in tissue adjacent to the point(s) when needles are applied.

Taking the next step, it is known that every cell in the body functions on the basis of an electrical dimension. Some cells or tissues respond by direct nerve stimulation, others by the exchange of ions like sodium, potassium, phosphorus, and magnesium, being exchanged across a cell membrane in much the same way as a battery works. When we think of electricity we usually think in terms of amps and volts. In general these are much larger volumes (amperes) of electricity than what the mammalian body uses. The electro-system of the body works on micro-amps (millionths of an ampere). Milli-amps (1 milliamp equals one one-thousandth of an ampere) can be useful in controlling pain but can delay healing. This is still more than the body uses to maintain normal health (homeostasis). For the body, this is definitely a case where more is not better.

It is also known that wherever there is pathology, tissue becomes more resistant to the normal flow of electricity and ion exchange, so cellular function is diminished and nutrients, including oxygen, do not get into the cells as easily. It works in the other direction as well, so waste products from the cells’ metabolism do not get out as readily. The cells and tissues build up toxins.

Electricity flowing through the body flows much like water; it follows the path of least resistance and like water flows around an obstacle. Thus electricity flows around, rather than through, an area of injury/pathology. Think of the copper in a wire – the electricity flows through it and does not pass out of the resistant coating of the wire. If we can boost that flow and provide more electricity and literally force it through the area of damage we can jump-start the cellular respiration (the process of normal intake of nutrients and dumping of waste). Healing is the re-establishment of the cellular respiration. That is precisely the function of the “current of injury” that we created by damaging the tissue with the acupuncture needle.

There is a wonderful story of the recognition of the “current of injury.” When the USA started reaching detent with Russia toward the end of the cold ward, scientific literature started flowing both ways. Dr. Robert Becker, a veteran’s administration hospital orthopedic surgeon, was researching a means of reversing non-union (non healing) bone fractures. He was looking for a healing mechanism and procedure. In his search he came across a Russian study where a group of scientists was working with tomato plants. The Russian scientists found that if they cut off a branch of the plant and then applied an ohm-meter to the site of the cut they found a tiny current (about 300 microampers) of electricity. As they followed the activity at the site of the “amputation” they discovered that after about a week the polarity of the current reversed and the cells at the end plate (amputation site) started to revert/dedifferentiate to more primitive cellular forms and eventually de-differentiated and had reverted back to a more primitive developmental stage of embryology called a blastoma state. At this level of embryonic cell differentiation/development, the DNA templates from which all the various structures in living things are developed. Then the embryonic differentiation process started again and the plant re-grew the amputated branch (essentially identical to what had been amputated). Dr. Becker working with salamanders and eventually rats, found an identical response in terms of “current of injury.” He was able to use these principles not only for the salamander to grow a new tail, but also found that a rat was able to at least partially re-grow an amputated limb. From there, he created a tiny battery that would provide the same amperage as the bodies typical “current of injury”. He then implanted the battery at the site of a fracture that would not heal. The microcurrent worked in the same manner as it did in the tomato plants and the rat, allowing the body to evoke a healing response and the allowed the “non-union” fracture to mend.

The currents are essentially the same levels of current that the insertion of an acupuncture needle produces; and that can be measured in tissues of animals, including human animals.

Now, to continue our understanding of acupuncture, consider an example of major muscle trauma, such as could be produced from blunt trauma. As previously explained, the damage and inflammation block the flow of electricity, so it flows around rather than through the damaged tissue. If we were to examine the area at this acute stage with the aid of a thermography camera, it would display all the colors that are indicative of heat,

e.g. whites, yellows and reds. Approximately a week later thermography would indicate that the tissue is now cold and the colors would be browns, blues and even blacks. This is evidence that the healing is static and the circulation poor. Again, the electrical energy is basically traveling around rather than through the damaged tissue.

After acupuncture needles are correctly placed (in acupuncture points, or trigger points), the “current of injury” that is generated “pushes” the current through the area of pathology. The cells then respond and again begin to function with cellular respiration and regeneration and replacement of damaged cells.

Now, going back to our analogy with the splinter. When you get a splinter in your finger, even though you remove the splinter, there is still some degree of pain and inflammation at the site for about a week. What is happening is that the current of injury is still present and doing its job to stimulate and play its role in the healing response. The same is true of the acupuncture needle (but, fortunately, without pain at the puncture site lasting through the week). After a week, if the healing response is not adequate, or not complete another acupuncture treatment is indicated. This is why, particularly, in human acupuncture that a follow up or series of treatments 5 to 7 day apart are often prescribed. Veterinary patients also often require follow up treatments to get complete healing.

There is yet another very interesting mechanism of physiology that explains the working of acupuncture. It involves how information is transmitted to the central nervous system (brain and spinal cord). The nervous system can be likened to the wiring in our homes. Electricity is sent via wires from a central source to other locations by passing through a junction box connecting it to other places in the home. This is similar in our nervous system, but rather than the junction box being “hard wired” it transmits the signals from the body to the central nervous system via chemicals known as neurotransmitters. The nervous system’s junction box is called a “synapse.” Among the many neurotransmitters are endorphins. Endorphins besides facilitating transmission of the signal have a pain mitigating effect, and are responsible, e.g. for the “runners high.” Endorphins and other neurotransmitters end up in the blood stream and are responsible for much of the normal functioning of our bodies. Other transmitters include Dynorphins, Serotonin, Dopamine, Epinephrine and Norepinephrine, and Acetylcholine.

It is well documented that endorphins are released into the circulating blood following acupuncture and their levels can be readily measured. The euphoria, relaxation and pain relief that is experienced right after acupuncture is related to the endorphin releases.

A very interesting study was done where, after determining the amounts of circulating endorphins in the blood stream in each of two rabbits, they were then anesthetized. Blood samples were taken again and endorphin levels evaluated a second time. Each rabbit’s carotid arteries were surgically joined so they had a common sharing of the circulating blood. Then acupuncture was performed on one of the rabbits. After a period of time, blood was drawn from each rabbit and endorphin levels were again measured. The endorphin levels were raised and were found to be at an identical level in both rabbits. What this showed was that acupuncture stimulated the release of endorphins into the blood stream. There was no other source for the endorphins in the untreated rabbit other than the endorphins that circulated in the treated rabbit.

If pain relief from endorphins was all that happened with acupuncture, the effects would disappear within an hour or so as endorphins have a short life span. The fact that patients show continued improvement for a more extended period (if the acupuncture was well performed) is evidence that more is happening to the body than just the transient effect of endorphins. This ongoing healing response relates back to what was discussed in the first part of this paper regarding the “body electric.”

Recognize that this is but a very brief synopsis, from a science perspective, of what are known physiological effects of acupuncture. There are many good textbooks available for those who wish to know more. 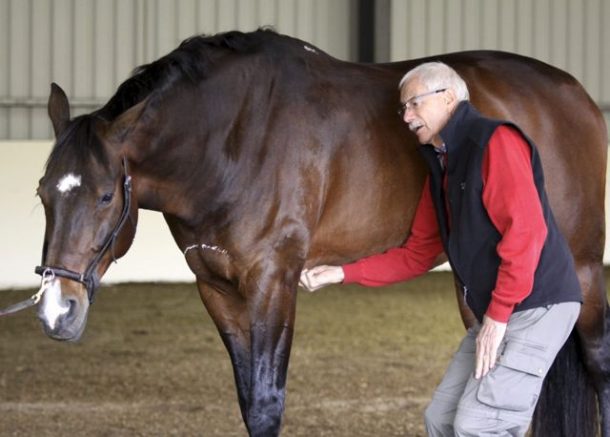 Dr.KerryRidgway recently released an all new eCourse covering everything you need to know about EGUS. Want to learn more about the course? Join our mailing list to find out more!

You have Successfully Subscribed!